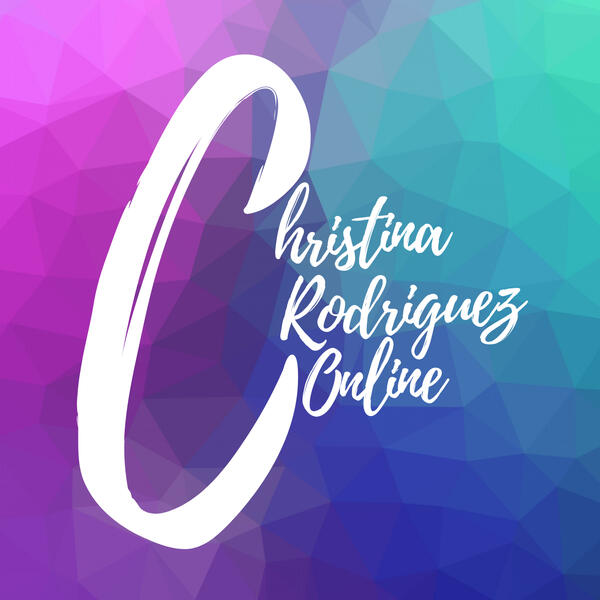 Christina writes about the sunshine and pitfalls of writing and life in the arts on her blog, The Write Queen.

When the mood hits her, Christina dabbles in digital art and design. 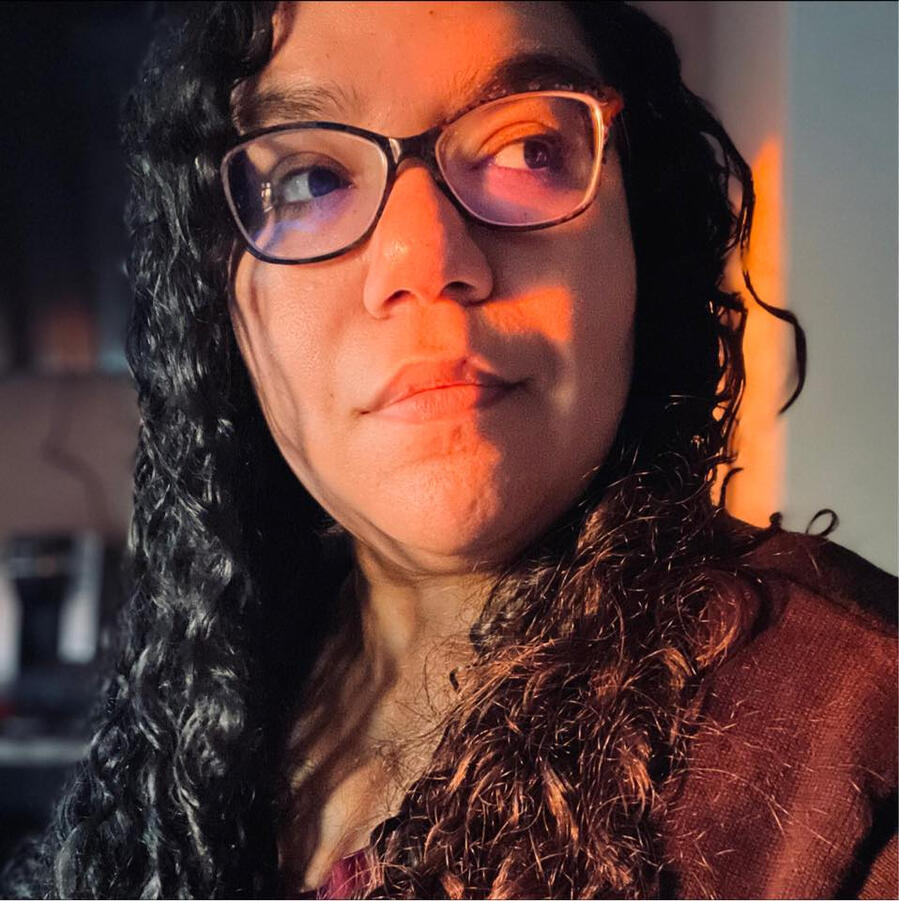 Find a list of current and past projects that Christina has created or been involved in.

Contact Christina for general inquiries, find out where to find her on social media, or say a quick hello!

Christina is currently working on a few ventures that include a non-profit literary arts organization and starting her own small publishing press.

Her writing has appeared in various online, print and college publications.

Christina is currently residing in Chicago. She obtained her Master in Arts Management degree at Columbia College Chicago in 2016 to expand on her emerging business practices in poetry and the arts.

Christina is a current board member of the Chicago Writers Association, where she serves as the social media manager, internship coordinator and designer of most of the organization's promotional material. She was a former member of the advisory board of the #GrowFierce writing community.

Christina was the founding editor of the now-defunct literary journal, Typoetic.us.

Download a copy of her portfolio filled with samples of work in writing, graphic design and more.

My life's journey is the pursuit of a creative life that bridges the artistic and business practices of others, as well as my own, through creating and sharing resources and creative work—reflecting on an artist’s ability to build a career around being their own boss or being in service to others in their industry. My belief in fulfilling your passion and leaving a mark will help result in an evolving personal or professional brand.

Through consultancy, I aim to help others organize and realize ideas - to create simple, but effective road maps that put strategies into perspective, creating a brand through having a presence in the digital space, as well as discovering tools and resources.

I provide services for:

I offer services in:

Visit my reseller site to purchase a domain name, web hosting and more.

Find a list of current and past projects that Christina has created or been involved in. 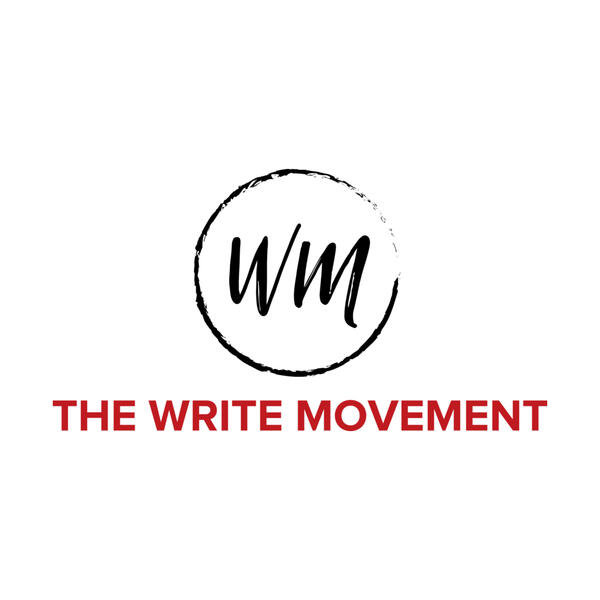 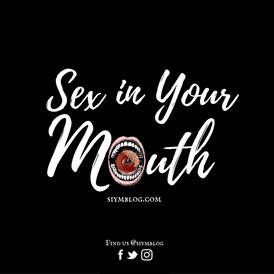 Sex In Your Mouth is a food blog written by journalists and food lovers Christina Rodriguez and Elizabeth Ramanand. Sex In Your Mouth is when you experience a crazy euphoria in your mouth and you feel like you have reached your peak. Let’s face it, sometimes there are things that are just as good or better than sex. Good food is one of them. 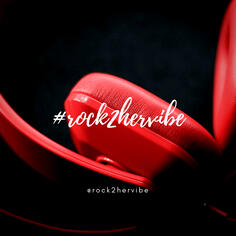 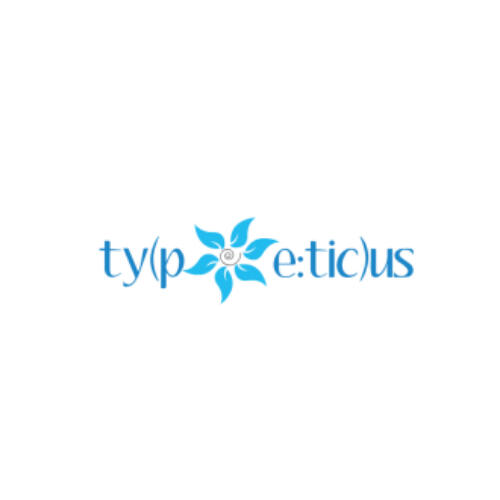 Typoetic.us was a quarterly literary magazine that explored everything that is poetry on the web. Typoetic.us featured poems, essays, interviews, visual/audio art and more from poets and enthusiasts of all levels, aiming to show the world how important poetry is to not only its participants, but also its spectators. The journal's site is up for archive.

I am a lover of language and a worshiper of making people into altars. I started writing as a way to talk about living with a broken heart, navigating through rejection of my body in many forms. As a writer, I want to make space for the sacred and the mundane, hoping that it transcends into a moment that stays with others, bridging the gap of constant loneliness. Always in a sense of community, I hope to provide resources to other writers through my work with non-profits and one day establishing my own, including publishing voices that don't always make it into books.

he watched his father
weaken the land of his mother
over bowls of arroz y gandules.

he slapped her face
she slapped sazón,
both tenderizing
alimento para los niños.

my father only did what
he was taught, open palm
against my mother

giving her money to
cook a pernil.

she watched her mother
as she spoke to the cops
stopping by on Atlantic Avenue.

waiting for afternoon
where mr. softee granted
credit for a tribe of eight.

she'll visit him in the land
of coqui and scorpions years
later, remembering how
he narrowly missed a knife.

she will not ask him
to rescue her from creatures
as she stands her ground,
shaking with the kitchen knife.

her mother knew in
San Juan, the cowards will
keep on crawling.

she was scared
to scribe all
the tragedy,
kept it locked
in her head.

she watched him
beat her
both eyes swollen shut
after she sent chairs
swinging in
curses.

her pen is her path
to their histories
they foolishly
put in a child of ten.

they did not teach
her spanish, so she snuck
it in as a ghost
at kitchen tables.

grandmothers with
tongues of swords
swiftly retold
tragedies in an alphabet
she struggled to
master,

thinking la nena
would never
learn patterns if
she was a little more
gringa instead of
boriqua,

soaking in
flailing hands
and
broken hearts
to skipping needles
of Hector Lavoe
and Celia Cruz.

years later
her late night
feelings
boiled down
to everything
she learned from
home sweet home,

the only prayer
she can roll
off her tongue
as she shook
with the possibility
of history repeating:

Originally published in A Thing Of Beauty Painted By Words, 2013 and reprinted in She Will Speak Series: Gender Based Violence Anthology, 2019

On the anniversary of your expulsion / I visit the church for a mixture of penance / and breath, offering a streak of grief / over the station of flames of the Madonna Della Strada / The moment I enter, I see the crimson mouths of the idols / passion-tide veils to cover the sorrows of the mother I renounced / as a practice and a title / despite memorizing the grainy shape of a heartbeat I couldn’t keep / out of desperation / I was raised out of desperation and my back still curves in habit / of being my mother’s crutch / I refused to hit repeat while my axis was still trying to find / how to balance the damage / I refused to bear a circumstance instead of an altar / of love between bounds of flesh that have grown away from each other / I loved you, but I worshiped fear and fear / told me the currency of a half-love with the seed that formed you / equals a death I didn’t want to form in the flesh / better to drain you into crimson before you formed hands / that would touch my rib cage and pull me into forever / tethered to all the ways I would disappoint you / I loved you as I sat with pills pressed to the side of my cheeks / the choice of a prolonged ruin over the stirrups of a empty-handed standard procedure / I cried over porcelain blemished / with the eyes you'll never form / On the first anniversary I sat / pulling the skin on the back of my hands / the second, you met your grandfather in a zion I am / too numb to enter / and now I kneel in front of the covered face of la madre unbosoming / a grief I don't have permission to claim
_

Originally published in War Crimes Against the Uterus, 2019

Christina D. Rodriguez is a Latinx poet, entrepreneur, and woman of tech from New York, currently living in Chicago. Her poems have appeared in Tupelo Quarterly, Yes, Poetry, Rust + Moth, Satin Soulbits, and elsewhere; she also has work published in the anthologies War Crimes Against the Uterus, edited by Wide Eyes Publishing as a response to the recent anti-abortion laws and the She Will Speak Series: Gender Based Violence Anthology, a book that has appeared on the bookshelves of organizations such as End Rape on Campus. Christina has received awards for the Frost Place Conference on Poetry and Winter Tangerine’s Catalyze Self-Revolutions workshop. Christina was the winner of the 2016 Commencement Poetry Contest and performed at Columbia College Chicago’s commencement ceremonies. She has performed in places such as the Chicago Public Library and The New York Poetry Festival. She is a board member of the Chicago Writers Association as the coordinator of social media and the organization’s internship program. She is also a contributor to the Instagram poetry book club, Can We Discuss Poetry with a weekly series called Poems Picked by Christina and is a poetry reader for Muzzle Magazine. To learn more about Christina, visit her at crodonline.info or @poemlust on Instagram.

If you would like to send a token of appreciation, you can always send something to PayPal, CashApp, or Venmo to crodonline.

Send a message through the contact form or let's connect through social media.

Find prints, broadsides and other goods by Christina for sale. 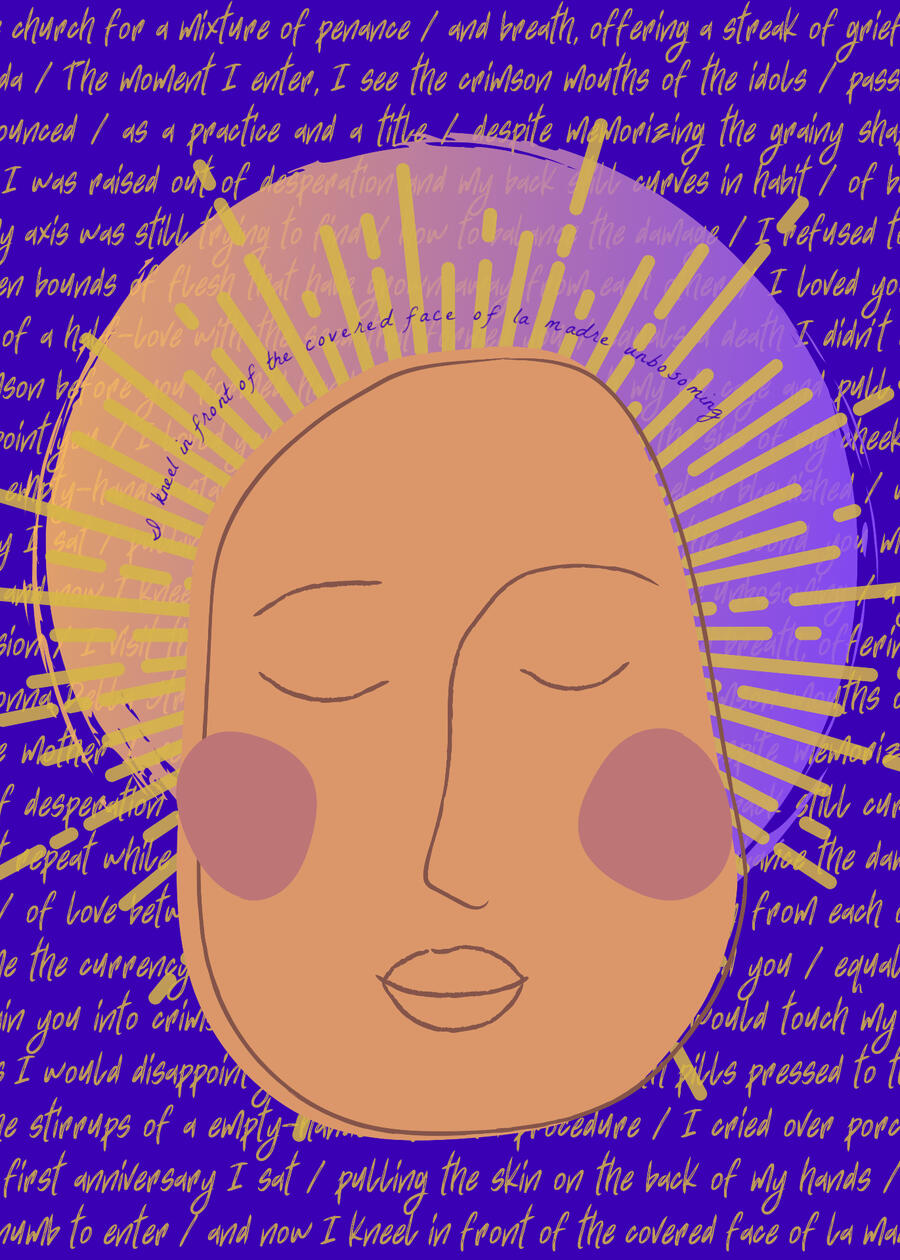 Allow a week for order fulfillment before shipping. Shipping and tax are not included in price.

Ships within the U.S., Puerto Rico, and Canada. Email me if you are an international customer.

10% of each sale will be donated to Planned Parenthood. 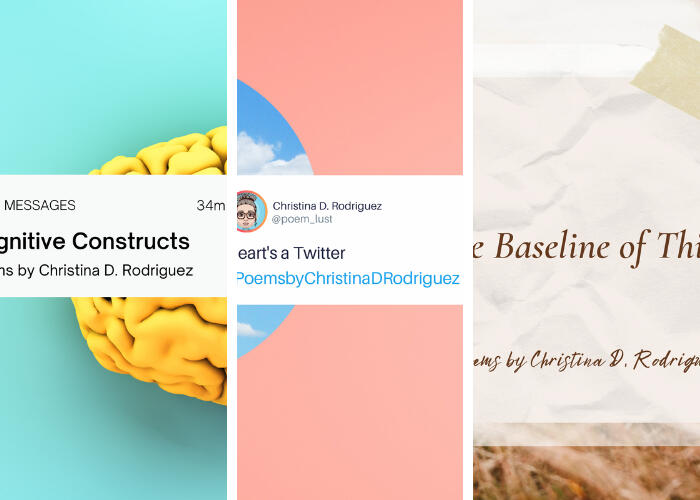 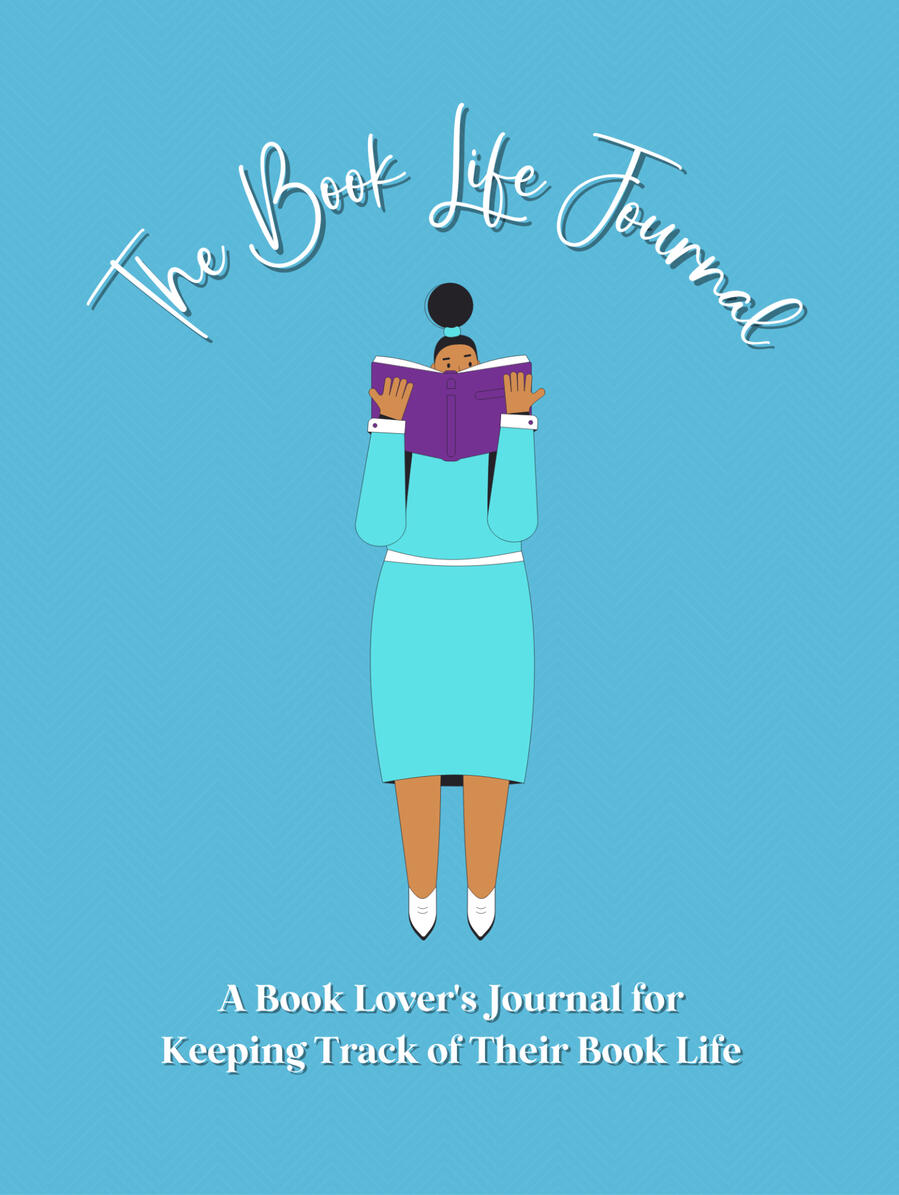 Allow a week for order fulfillment before shipping. Shipping and tax are not included in price.

Ships within the U.S., Puerto Rico, and Canada. Email me if you are an international customer.